It’s time to share another one of our vendor spotlights. Today’s “guest” is a team of videographers located in Rochester, NY. But the team isn’t just any team. We always try to shine the light of our spotlight on businesses with values and styles similar to ours. Hence, the team we’re about to introduce is a husband and a wife team that loves to capture weddings in their natural light and color. Jim and Joy have worked together for quite a while and bring in creativity and energy into the process of wedding video production. We like them for their style and their awesome attitude. For this spotlight, we met up with Jim, captured him at work, and asked a few questions about their craft. Below is our brief Q&A.

Tell me a little about you and your business.

I founded Fruit Tree Studios with my wife Joy. We saw a lack of creativity in wedding films at the time and wanted to offer something out there that wasn’t your typical traditional wedding video. 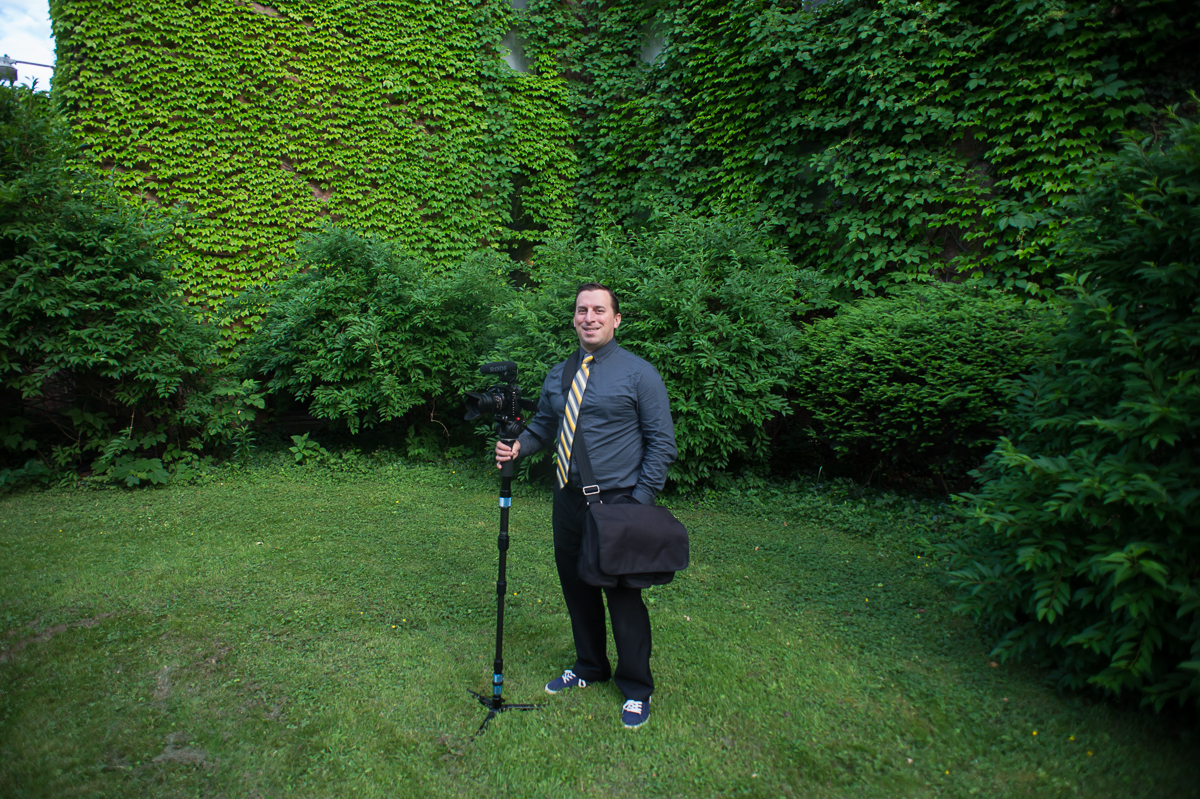 How did you get into your business? How long have you been doing it for?

I went to school for film / video and when I graduated I found it difficult to find a full time job in Rochester so I began freelancing for some local companies. I was hesitant to get into weddings at first to be honest because I didn’t think there was any creativity to it. We were in need of money though so I decided to give it a shot. So in the summer of 2009 I started researching wedding films (I wanted to make sure I did it right if I was going to do this). I soon realized that there were people out there doing some pretty cool / creative things with weddings. Shortly after that I answered a Craigslist ad for someone looking for a very cheap wedding videographer and then did another and another. I soon realized that not only could you be creative making wedding films but that it was also actually pretty rewarding.

Now almost nine years later we’ve been blessed to work with some amazing couples and tell many awesome wedding stories. It’s really nothing like I expected it to be all those years ago when I first told my wife Joy that I didn’t do weddings. 🙂 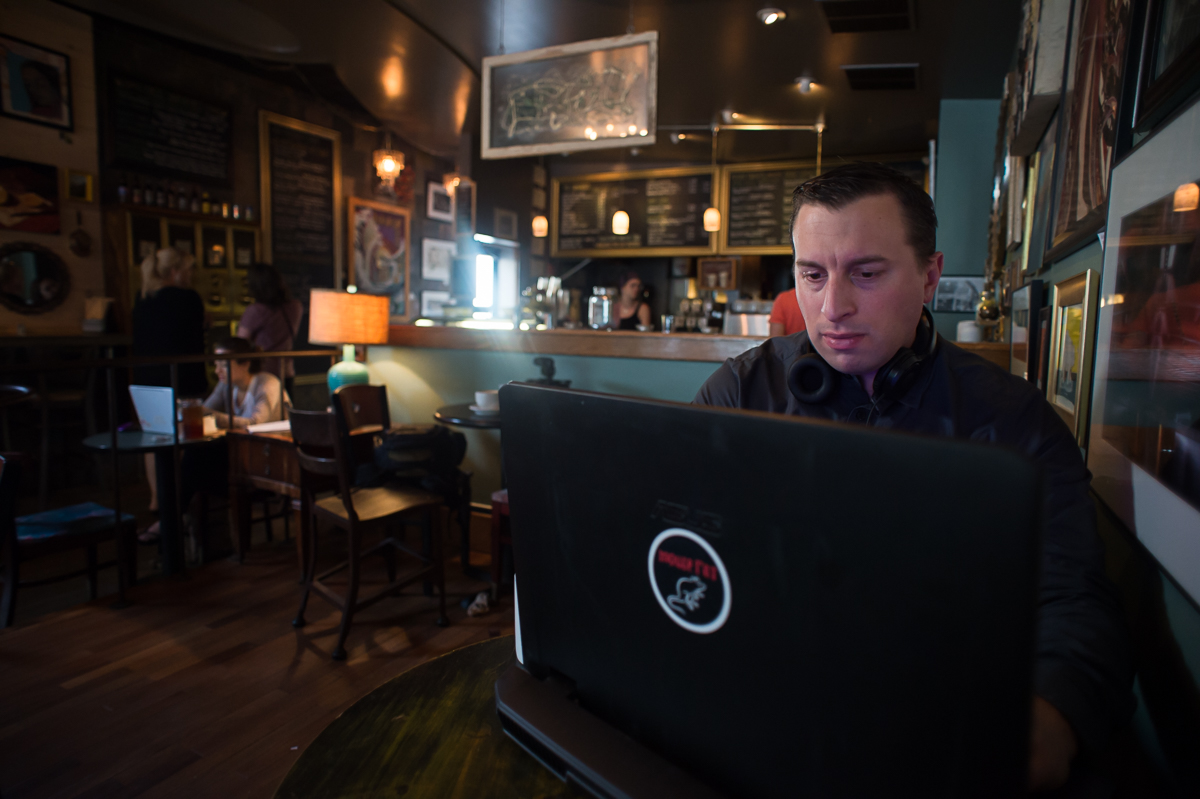 What is your favorite part of your job?

My favorite part about the job is reliving the day. Editing may seem boring to most people but everything flies by and you forget everything that happened so quickly. It’s really great to piece together the story of the day. That’s my favorite part. 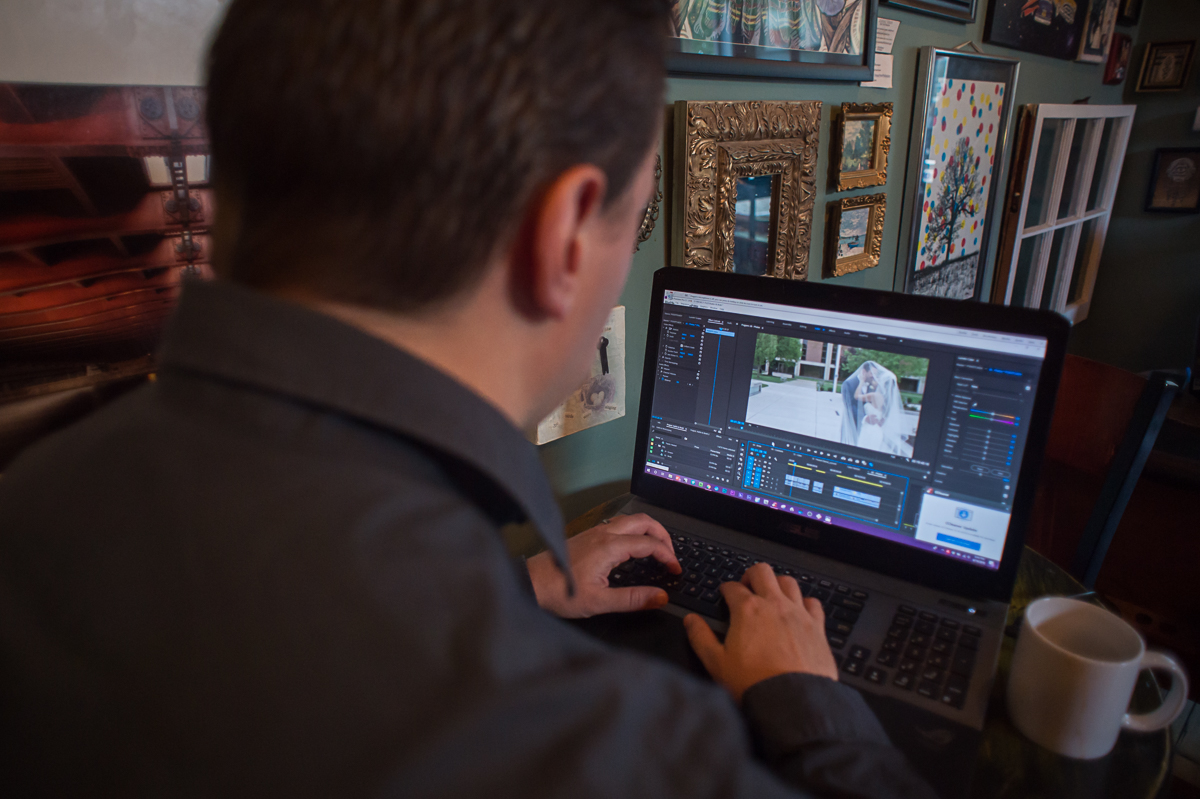 Tell me a story of one of your favorite clients/event.

Every wedding is special and unique in its own way. One that I really enjoyed was Kara and Stephen’s at the Hayloft In the Grove. Couples often exchange gifts on the morning of their wedding. One of the gifts Stephen surprised Kara with was a special video on her laptop that had all of their family giving them marriage advice / tips. Even though it was filmed on their cell phones, it was really cool and we were able to use a little of it in their highlight film. It really brought it to a whole another level. Sometimes as videographers we get so fixed on awesome drone shots and stabilizers that it’s easy to forget about what’s important. The connections and love that the bride and groom share with each other and their families.

When should the couple book a videographer?

A year to six months in advance is the best time to book. We only do a certain amount of weddings a year. So the closer you get to your date, the higher the chance we may be booked. 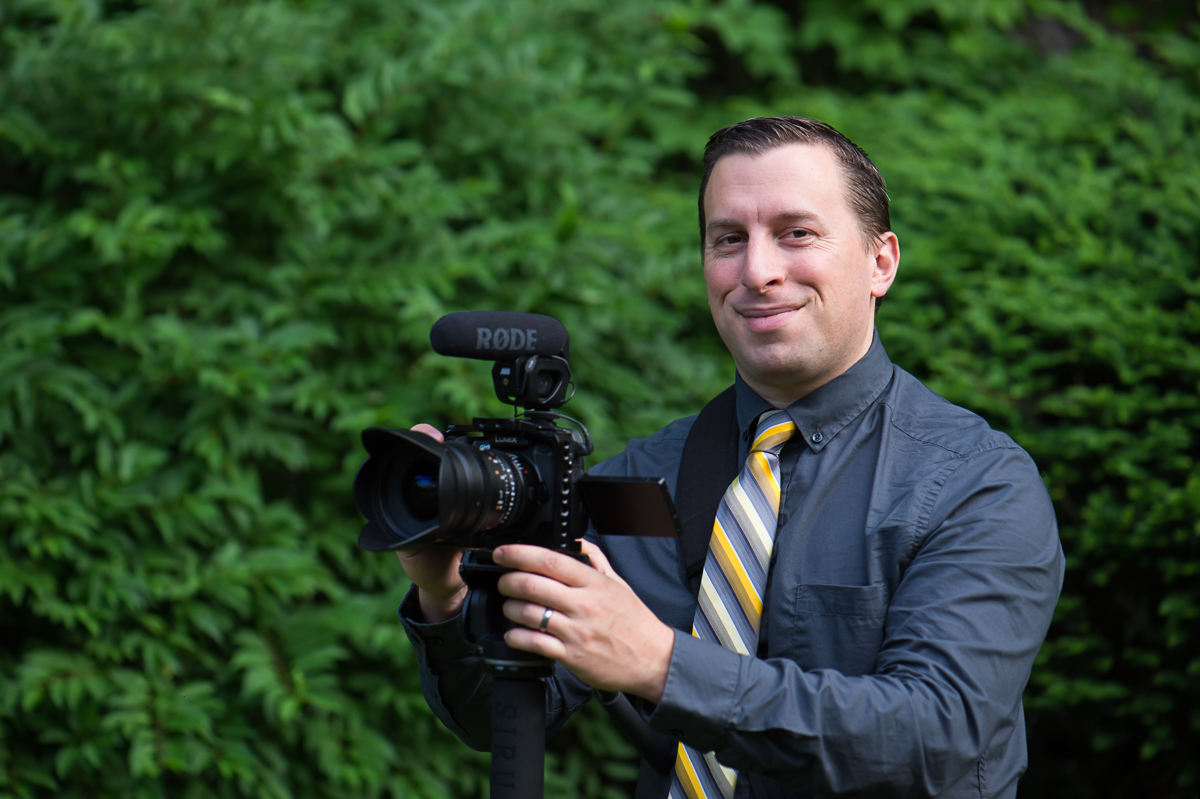 What makes you different from others in your field?

Audio is super important to us. It’s important that the quality of audio matches the quality of the video and that we spend a great deal of time laying out a story using the audio first. A lot of people see wedding video as just stringing together the most beautiful shots of the day. That’s not our approach. It’s always about the audio first. A less cinematic shot can be far more impactful with the right audio behind it than an incredible drone shot can be with just music laid under it.

Are there any wedding trends that you love or don’t love?

The trend now is to create these super dramatic hollywood-esque films. While they look awesome there is a trade off for that style. These types of films often portray the couple in a light that most people can’t relate to and it creates a disconnect. We try to shy away from our films taking on the feel of a big production or dramatic movie. To us it’s more important that the couple is portrayed as authentic and realistic as possible.

What tips can you give to upcoming brides?

When we got married, we let family tell us what was important in a wedding day and where we should put our budget. Instead of getting better quality vendors our money went into a large guest list (of people we barely knew). If we had to do it all over again we would have done it completely different. We would have cut down our guest list and spent money on better quality wedding vendors (DJ, Photo, Video). It would have been way more awesome to have had a fun, intimate wedding with photos and videos that captured the special moments of the day.

Where can brides-to-be find you online?